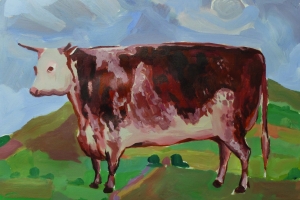 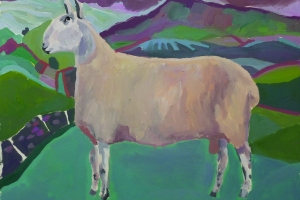 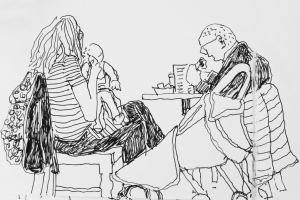 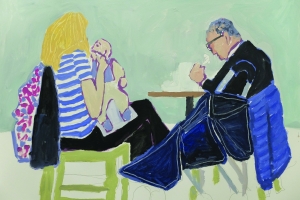 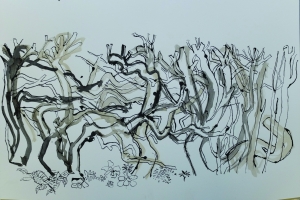 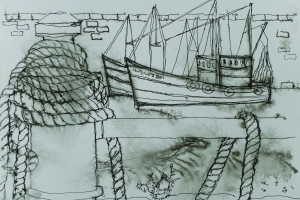 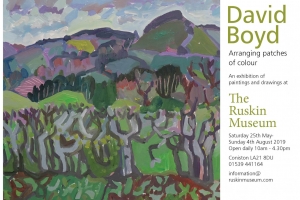 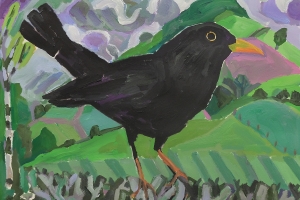 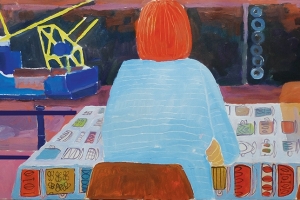 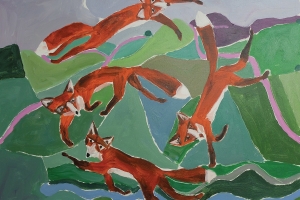 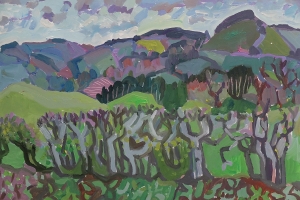 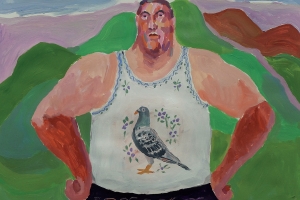 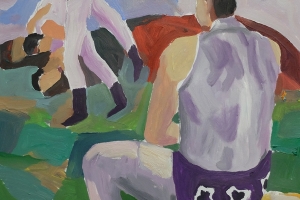 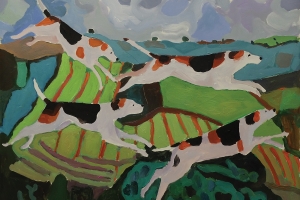 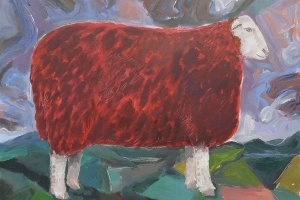 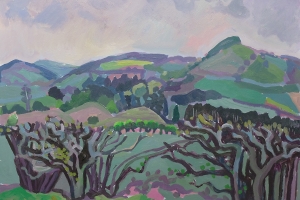 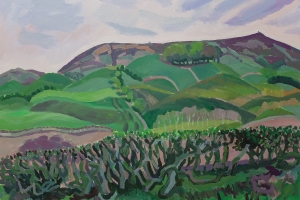 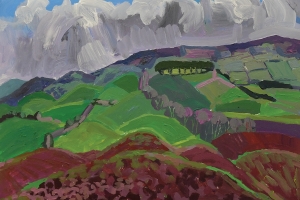 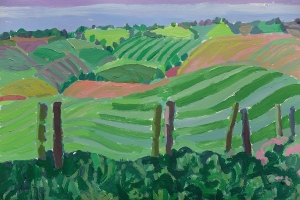 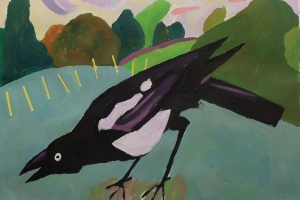 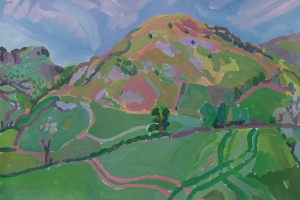 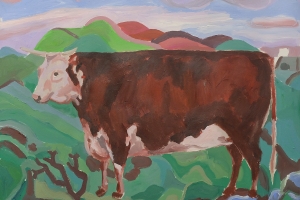 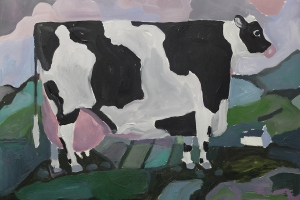 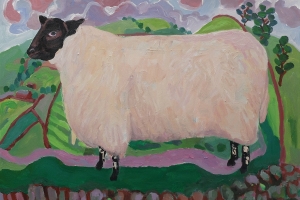 Arranging Patches of Colour – an exhibition of paintings at the Ruskin Museum, Coniston

This exhibition ran from May to August 2019. Its title was inspired by a quote from John Ruskin, “Everything that you can see in the world around you presents itself to your eyes only as an arrangement of patches of different colours”.

The works on display included David’s latest plein air paintings of the Eden Valley, North Lakes and Pennine landscapes, alongside a new series of studio paintings of animals and birds. Some of these featured oversized sheep and cows, positioned in the landscape with little regard to scale or perspective. The series was inspired by early 19th century British ‘Rustic and Naïve Art’, when the hottest status symbol was a painting of your prize cow, and the livestock were depicted looking surprisingly geometric.

David’s new body of work also included a selection of ‘cafe culture’ inspired pieces, which explored the modern day interior landscape: people absorbed in their mobile phones while smokers hang around outside the cafe window.